NOT YOUR DADDY'S OOM-PAH-PAH

Growing up as the first-generation American child of German immigrants, I listened to more than my share of Old World tunes. On Saturday nights, it was the champagne music of Lawrence Welk. On Sunday afternoons, it was the German music show on the radio.

There was nothing more embarrassing to me as a teenager than to be dragged along to some German festival, and believe me, there was an abundance of them in the St. Louis area.

As far as “the German sound” goes, I found the accordion particularly cringe-worthy. How could anyone like that noise?

Well, turns out the joke was on me. I’m hear to tell you – the accordion rocks.

Not sure when the tide turned for me…when I went from rolling my eyes to opening my ears. I don’t remember going to bed grumbling, “I hate the accordion,” and then waking up saying, “OMG! I love the accordion!” I guess it just gradually grew on me.

Of course, living in San Antonio helps. When you the privilege of readily listening to such amazing musicians as Michael Guerra, Alex Meixner and the king, Flaco Jimenez, you realize what an amazing and beautiful-sounding instrument the accordion really is.

And talk about your versatility! Sure, you’ve got your polkas, Tejano, Cajun and zydeco. There’s cumbia, merengue, tango and conjunto. But would you believe…punk rock?

If you’re ready for the experience, then you need to see Piñata Protest. Only San Antonio could give birth to such a fusion of Latin, Western and Old World sounds.

Alvaro Del Norte slams, flings and plays the hell out of the accordion and sings lead vocals. Along with J.J. Martinez on drums, and twin brothers Marcus Cazares on bass and Matt Cazares on guitar, the quartet has found a niche that’s all their own.

I saw them at Sam’s Burger Joint Music Hall when they opened for the Reverend Horton Heat Oct. 19. And no offense to the Reverend, but I was there to see Piñata Protest first and foremost.

Just a word of warning if you’ve never been to a punk rock concert. Well, actually four words.


I made it through the show unscathed, even though I found myself trapped at the front of the stage when I was taking photos. Got pushed a few times but I managed to maneuver my way back to my seat in between songs.

It all added up to a great experience. I’m proof that even at age 55, you can always appreciate something new. 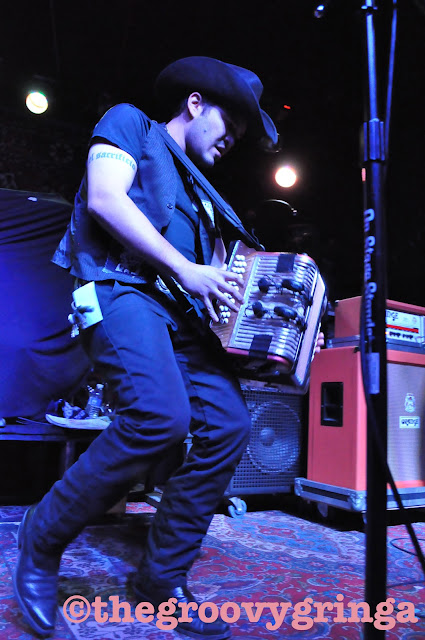 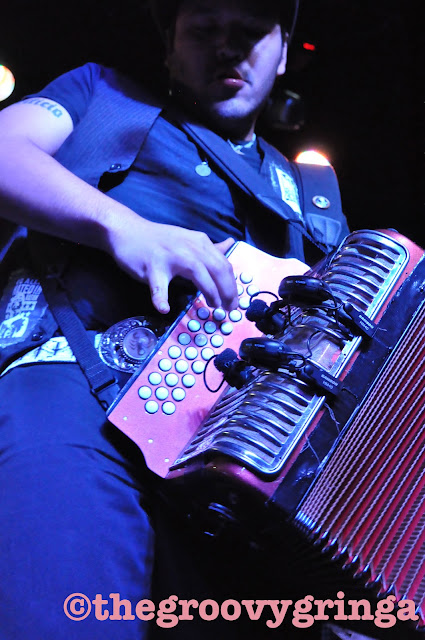 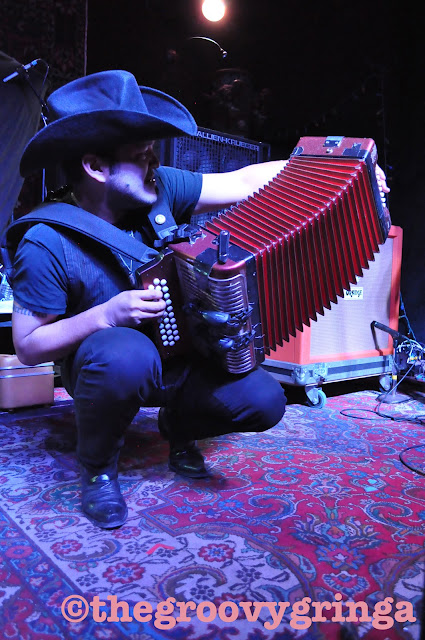 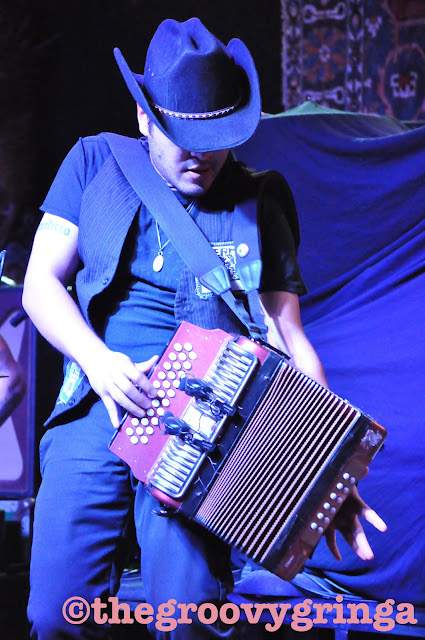 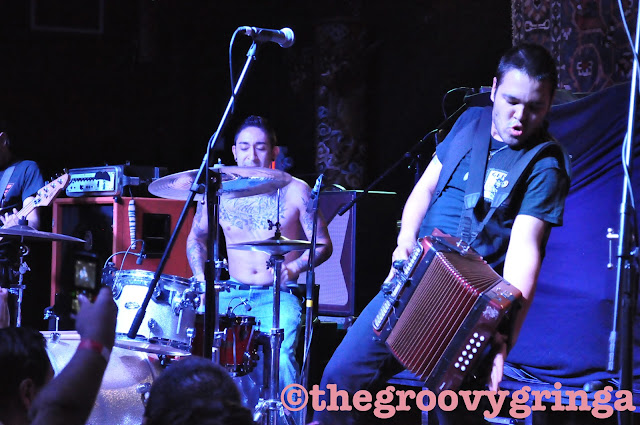 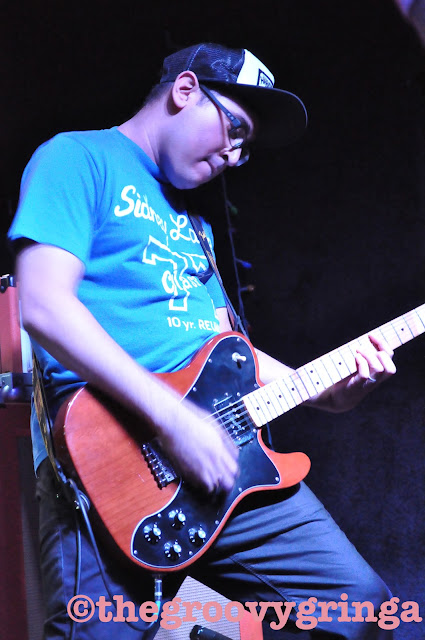 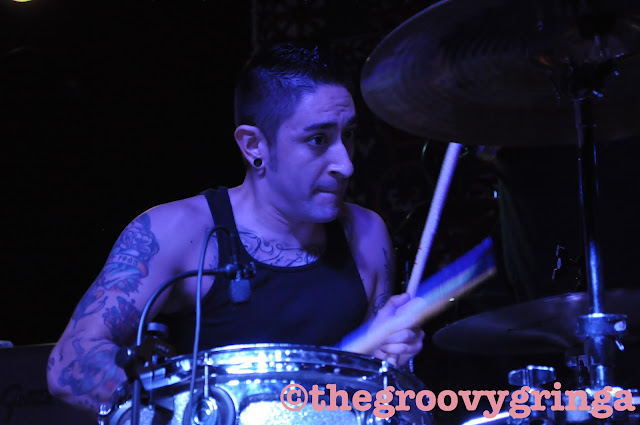 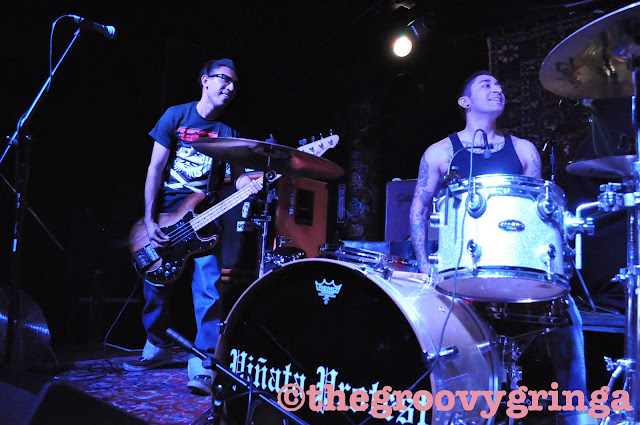 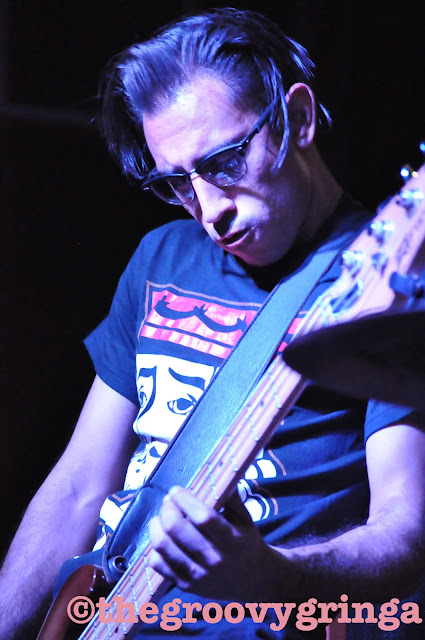 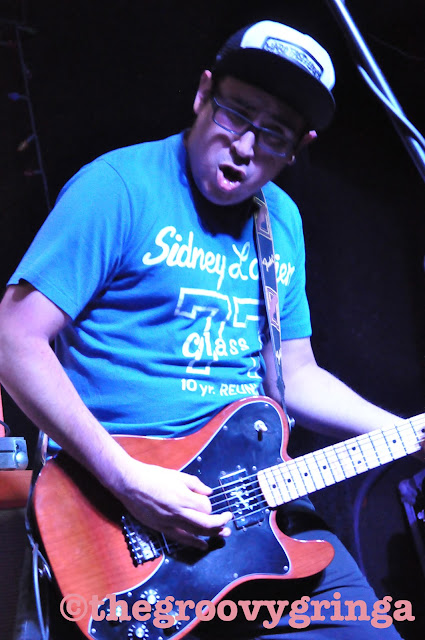