A.J. CROCE: THE MUSICIAN HE'S COME TO BE

There are expectations that come with a storied family name, and often, those hopes come filled with anticipation and comparisons. It’s a natural occurrence that happens in all walks of life.

But perhaps nowhere are those hopes so high as with the son or daughter of a famous entertainer. A.J. Croce knows what those expectations feel like and he’s not afraid to take them head on. The son of the late Jim Croce has been busy forging his own identity and recently released his eighth studio album, “Twelve Tales.” Croce will perform songs from that album when he plays at Sam’s Burger Joint and Music Hall in San Antonio, Sunday, July 6.
“Twelve Tales” is a stunning and unique collection of work that was created with six producers in five cities. Each producer selected two songs to record, and Croce likened the result to a “cohesive collection of six 45s.”

As I sat down to listen to the album for the first time, I admit I had my own expectations. I wanted to like his music. I wanted it to mean something. I wanted it to resonate with me like his father’s did. And so it was with some trepidation that I listened to the first track, “Right on Time.”

But the uneasiness soon left me. I smiled as he sang about “a little memento of the past,” and the smile got only got wider with each succeeding song. He got me. He understood me. What had I been worried about?

The 42-year-old Croce is his own man when it comes to music.

“You get older and you have your own identity and you’re not afraid any longer of what people think,” he said in an interview with Ann Nyberg in 2012.

And while he was naturally influenced by his father’s work, Croce has pulled from a diverse pool of musicians for inspiration. When I sent him my interview questions last week, I mentioned that some of his music reminded me of John Lennon.

“I love John Lennon,” he wrote back, “but I can’t say he was as big an influence as many other artists. Fats Waller, Ray Charles, Little Richard, Otis Redding, Ray Davies, Mose Allison, Fats Domino, Mississippi John Hurt, Randy Newman, Elvis Costello, Tom Waits, Van Morrison ... these are some of my early influences.”

An eclectic collection for sure. In the Nyberg interview, Croce mentioned that his father had some of the same influences, and sometimes even liked the same obscure songs. He said he discovered they both had a passion for the Fats Waller tune, “You’re not the only oyster in the stew” when they were in their late teens.

Croce lost his eyesight at age 6, and eventually recovered vision in his left eye. He said he picked the piano as his first instrument “because there was one around,” and learned to play by listening to the radio and to records.

“Of all the instruments I am the warden of, my 1963 Steinway M grand piano is the one that made me the musician I am,” Croce wrote. “I've had it since I was 16 and I wouldn't play the way I do if it wasn't for learning on that instrument. When I play it I'm home.”

And while the piano remains his favorite musical instrument, there’s another one in his collection with special meaning – a ’33 Gibson LO that belonged to his father. His mother gifted the treasured musical piece to him when he was 30.

“Guitar is my second instrument, so it would be fair to say that every guitar I own is one I learned on because I'm still learning every day,” he wrote. “The LO is my favorite, not only because it sounds, plays and records beautifully but because it was my father’s. The two worldly possessions I own of my father’s are this guitar and his 1920s rhyming dictionary.”

While most people think of the influence his father had on him, Croce also credits his mother Ingrid for making him the man he is. She is a singer-songwriter, artist, restaurateur, author and successful businesswoman.

“My mother is the hardest working person I know. She's had many different careers and been gifted at most. She rarely takes a moment to breathe,” he wrote.

“That work ethic is inspiring in two ways. The first is that I truly believe that most things can be accomplished with unyielding diligence,” he continued. “On the other hand I have learned that happiness doesn't always come from work and that quietness and thoughtfulness are equally necessary for me to complete and feel rewarded by any accomplishment.”

“I'm living in San Diego again and love it, but there are a lot of cities around the world that feel like home. In the coming years my wife and I will be traveling a great deal because of my touring schedule, so I imagine we'll find new places to call home,” he wrote. “I hope to live many places in my life, because change makes everything more interesting.”

You can order your tickets for the July 6 show at Sam’s here. General admission tickets are $15. Reserved booths are $50 and do not include the price of admission. Doors open at 7, and the show begins at 8.

Also, if you go to A.J.’s website you can get a free download of his song, “Coraline.” Scroll about halfway down the page and click on “Free ‘Coraline’ download here,” and then just enter your email address. You’ll love it. You’re welcome. 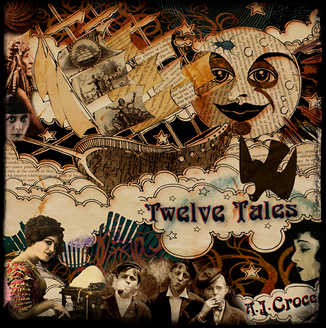 Allen Toussaint in New Orleans: "Tarnished and Shining" and "Rollin' On"

Mitchell Froom in Los Angeles: "Call of Love" and "Venus and Adonis"

Kevin Killen in Stamford, Conn.: "Keep the Change" and “Right on Time"

Tony Berg in Los Angeles: "What is Love" and "Always and Evermore"

Greg Cohen in New York City: "The Time is Up" and "Make it Work"