A few years ago, I bought an RCA Victor hi-fi console for $90 at Furniture for a Cause. I had no idea if it worked or not. I bought it because I wanted to give it a home.
My parents couldn’t afford anything so elaborate; they didn’t even have a color TV until the early 1980s. But many of my friends’s parents had these stereos, and I thought they were the ultimate in cool.
When I got the hi-fi home I plugged it in, and to my surprise, the light on the radio dial came on. Sadly, that was the extent of the operational parts. One of these days, I plan on getting it repaired.
And when that one day comes, I want to pick up an album and hold it in my hands, turn it over and read the liner notes. I’ll carefully remove the LP from its paper sleeve, being sure not to smudge the vinyl.
Then I want to place the album on the turntable and watch it as it spins round and round at 33 and 1/3 revolutions per minute. I’ll pick up the tone arm and then ever so carefully place it on the album, anticipating the familiar scratch and hum as the needle settles into place.
It will be a religious experience.
I once owned over 400 albums. I kept them in alphabetical order in crates from Peaches Records and Tapes. But moving them as I traveled around the world during 20-plus years in the Air Force just got overwhelming. So sadly, I either sold them for pennies at garage sales or just gave them away.
I kept a few that I considered essential. The Beatles White Album. Frampton Comes Alive. Born to Run. And then a few weeks ago, I went to Houston with my boyfriend Mark to visit his dad, Walter, who was cleaning house. He gave Mark some furniture, some family mementos and books, and happily for me, three big boxes of record albums. 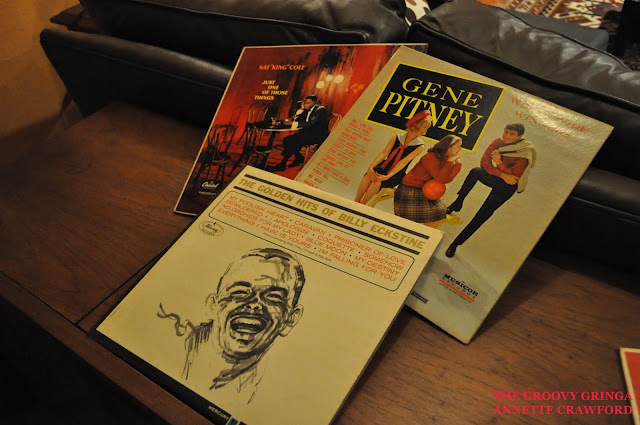 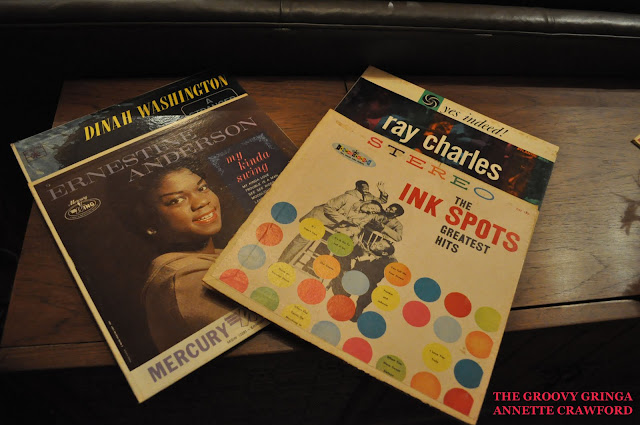 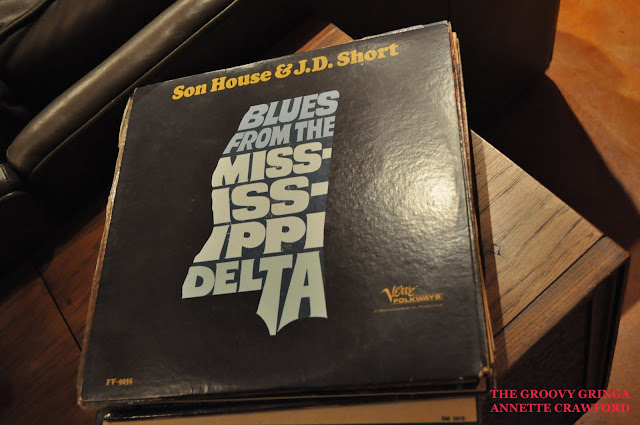 Knowing my obsession with music, Mark let me have first dibs on the albums. I was like a kid on Christmas morning. There was Ray Charles. Sarah Vaughan. Nat King Cole. The Ink Spots. Bobby Darin. Lena Horne. Rare finds like Son House and J.D. Short.
I’ve held these albums in my hands and read the liner notes. I’ve carefully removed the LPs from their paper sleeves. But I haven’t yet heard their familiar scratch and hum. 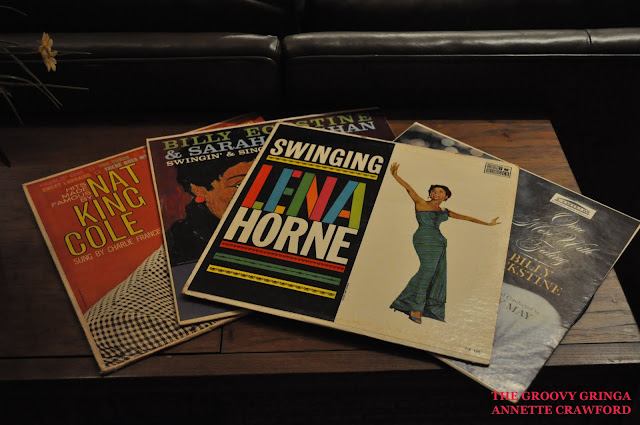 One of the albums, Potent Percussion, promises a listening experience like no other.
“The thrilling impact of blazing brass, the throbbing sweep of strings or the exciting explosions of percussion ... have to be heard to be believed. The proof of the pudding is in the eating ... and the proof of the miracle of Directional Sound is in the playing. So why wait? Give your Hi-Fi System a chance to show what it really can do.”
With a recommendation like that, I suppose I better find a repair shop sooner than later.
Labels: Bobby Darin Furniture for a Cause J.D. Short Nat King Cole Peaches Records and Tapes Ray Charles RCA Victor Sarah Vaughan Son House