A TRIBUTE TO THE BLUES ... SAN ANTONIO STYLE


Sometimes I just run out of adjectives. So rather than sounding like a thesaurus, let me just say that the All Star Blues Revue at Sam’s Burger Joint Aug. 5 was a spectacular evening of music.
Blues guitarist and southside San Antonio native Jimmy Spacek hosted the evening and put together a slate of immeasurable talent. The softspoken slowhand is no slouch when it comes to talent, both when it comes to playing the blues and selflessly mentoring many musicians over the years.
Jimmy opened up the show with his band -- DC Olson on bass and Steve “T-Bone” Bland on drums. He played a solid set of all original work. Jimmy’s been talking about working on new material for another CD. His last one came out in 2003 so I’m hoping he’ll follow through on his promise soon.
Next on stage was the incomparable Catherine Denise. If you’ve never seen Catherine Denise, I highly recommend you correct that situation as quickly as possible. The first time I saw her, she sat in for a few numbers with Jimmy at Tycoon Flats. The big voice that came out of that petite body just blew me away. And her guitar skills! Hearing her play only three songs whetted my appetite for more, and I’ve made every effort to hear her whenever she plays in the area.
Catherine’s very quiet on stage. I don’t think I’ve heard much more than “thank you” from her between songs. But when it comes down to it, it’s her playing and her singing that do her talking for her. I hear she’s supposed to have a new CD out this fall -- I’m looking forward to hearing it.
Marc Benno was next, and if you know anything about Texas musicians, you know this Dallas native. If you don’t, here’s some info to give you an idea of just how talented he is.
When the call went out for a “bluesy, Texas guitar” for The Doors’ L.A. Woman album, they picked Marc.
He started a band in 1970 called Marc Benno and the Nightcrawlers. Among the band members was a fellow Texan -- Stevie Ray Vaughan.
In the mid-‘80s, he wrote “Rock and Roll Me Again.” Recorded by The System, the song was featured on the “Beverly Hills Cop” soundtrack, and won the Grammy for Best Composition for a Motion Picture.
But the most meaningful part of Marc’s career -- to me, anyway -- was one of his collaborations with Leon Russell, the album “Asylum Choir II.” More specifically, it was the album cover.
When I surfed the web before the show looking for info on Marc, numerous images popped up. When I saw that iconic album cover, it literally took my breath away. It took me back to a time when I would go to a record store (remember them?) every payday and walk out clutching at least three new albums, eagerly anticipating playing them on my Kenwood turntable. 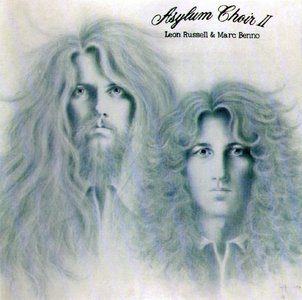 The almost mystical blue glow of those portraits ... and all that hair! Their eyes seemed to pierce your very core. Somehow I can’t imagine getting that same feeling looking at a CD cover.
Now that album is 40 years old and while Leon Russell still sports his long mane, Marc’s is long gone. But the guitar-playing prowess is still very much there. Playing drums for Marc was Will Owen Gage, young in age but seasoned in music. He’s better known for playing guitar, but at this rate, I’m wondering what musical instrument he’ll conquer next. On bass was Mike Zeal, a familiar face to anyone who’s a fan of the blues in San Antonio.
It had already been a full night of music, but it was far from over. It was after 11:30 by the time the West Side Horns took the stage but the faithful fans were ready and waiting.
At 75, sax player Spot Barnett is the newest member of the group. He’s been with them a mere 10 years or so. Henry Rivas and Louie Bustos complete the sax line-up. On trumpet, it’s Al Gomez, with Kevin Hess on drums and Little Roger on vocals. And of course, the legendary Sauce Gonzalez completes the group on keys. Will and Jimmy both joined the group on guitar.
When I spoke to a friend who had grown up on the west side, she spoke of the music with an almost religious reverence in her voice.
“The music was in the air, you could just feel it all around you,” she said.
And at Sam’s, it was the same way. It was both a sound that was old and new, both fresh and love-worn. It’s distinctively San Antonio, that’s for sure. It was Doug Sahm who coined the term West Side Sound.
Several years ago when Jimmy Spacek toured Europe, some blues fans in France were anxious to talk to him about Texas music. There were two influences they asked him about.
“Do you know Doug Sahm?”
“Do you know the West Side Horns?”
It’s not only the beautiful music this group makes, it’s the way they connect with each other on stage. Their easy back-and-forth bantering, the way they finish each other’s sentences, the good-natured ribbing they give each other ... they’re having fun and it makes the audience feel like they’re sitting in a friend’s living room.
All that talent in just one evening. One show. One club. Sometimes I almost feel guilty for being able to enjoy all this amazing music.
Nah... 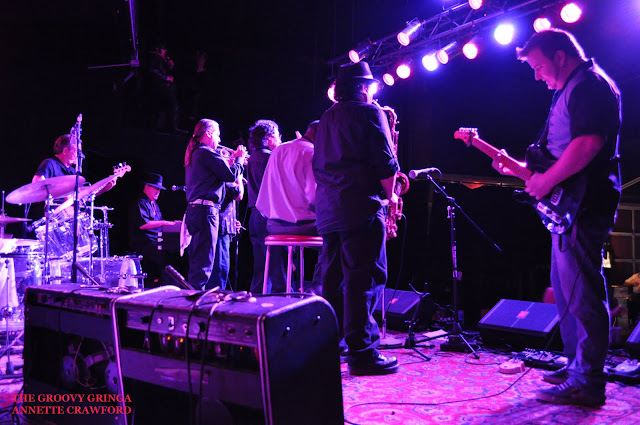 susqpolo said…
Enjoyed your Blog. Heard about it through your Ex. We met at Garfield's a local hangout in Selinsgrove. We found out we had Texas in common so we exchange stories now and then. I graduated from IWC. Sound familiar? Anyway keep Blogging ill follow now and then. David.
November 10, 2011 at 5:57 PM