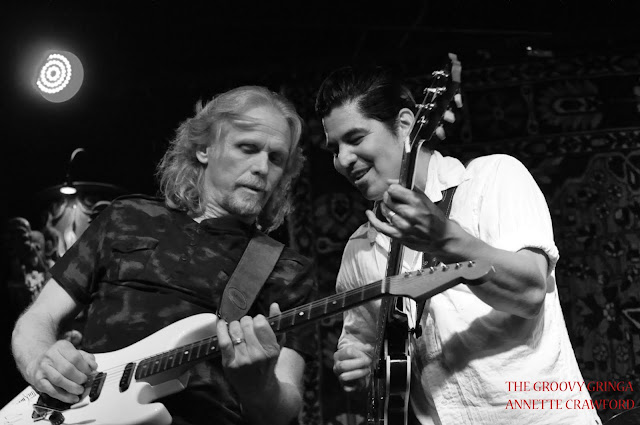 Without fail, every time Ruben V takes the stage with Jimmy Spacek, he tells the audience of his admiration for his longtime friend and fellow blues guitarist. To hear Ruben tell it, Jimmy was the lone musician willing to mentor the wild-haired rocker when he arrived in San Antonio in 1986.

The two first crossed paths in the hallways of Edit Point Studios.
“The owner, Donnie Meals, told me about this energetic young guy,” said Jimmy. “He nicknamed him Elvis cuz of his moves. And that was just his moves in the studio. He hadn't even seen him live on stage yet!"
Ruben came to town from Corpus Christi to start over musically. His whole world changed when he heard Stevie Ray Vaughan.
“I saw him completely by accident. I didn’t know what the blues were. I saw him and that was it. I was so into the heavy metal and hard rock world then I had no clue but seeing Stevie Ray – that was it. It changed my life.”
Ruben threw himself into his new music, but it was hard work. The songwriter and guitarist had never considered himself a singer.
“I wanted to sing and play guitar at the same time. I couldn’t do that at all. It’s harder than people think,” said Ruben.
“So I started booking time at the studio and learning both parts. So I was there one day when Jimmy came in and the engineer, the owner, says, ‘That’s Jimmy Spacek. He’s the man here in town. He’s respected and well-liked.’”
It was soon thereafter that the two played at an event for KSYM, San Antonio College’s radio station.
“Donnie set me up to play at this KSYM party. I can’t even sing and play this stuff. I’m making it up as I go along,” laughed Ruben. “And Donnie says, ‘But you’ll be great!’ and I’m like ‘But I don’t have a band!’ I didn’t have anything. I didn’t know how to do both parts. But somehow it worked, and Jimmy and I became friends at that show.” 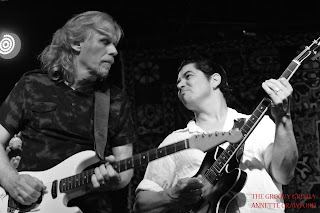 One of the favorite stories the two like to share revolves around an evening on the St. Mary’s Strip back in the early ‘90s.
“We were playing at bars across the street from each other,” Jimmy recounted. “This was before cell phones became really popular, so we had to use runners to set it up. We were both using wireless guitars, and we figured out the song beforehand…I think it was a blues shuffle.
“So we started playing, and we each started walking off the stage and out of the club, still playing. Ruben and I met in the middle of the street, swapped guitars, and then walked into each others’ club.”
“The crowds went nuts!” Ruben said. “They were like, ‘Who’s this guy?’ I was at the Crazy Horse and Jimmy was at a sports bar…I think it was called the Time Out. I know there’s a photo of it somewhere…of the two of us with guitars held high in the middle of the street. I know we’ve both seen that photo.”
And they both laugh about it even now…like a couple of young boys who got away with something.
To see the two play together is an amazing experience. There is a give and take, a mesmerizing exchange of notes that seems to happen effortlessly. 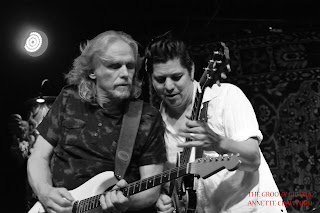 “It just kinda happens,” admits Jimmy. “Ruben has such a great feel and energy when he’s playing…it just works. Honestly, I don’t know how it happens but that’s the great thing about it. It just does.”
But Ruben has an explanation for it.
“Most guitarists get together and it’s very competitive. They want to outdo the other guy. But it was never that way with Jimmy. It never will be that way with Jimmy. It’s just a conversation that happens with two friends talking.
“I call him my godfather. He didn’t have to be nice to me. He didn’t have to take me under his wing and introduce me to people but he did and I’ll never forget that. I was a long-haired rock and roller and I was in a completely new world.
“I will always have a welcome mat for him at my gigs because of the respect I have for him. He never has any animosity. He never has anything mean to say about anybody. He’s my friend and I’m very honored to say that.
“We’re just a couple of guys having fun.” 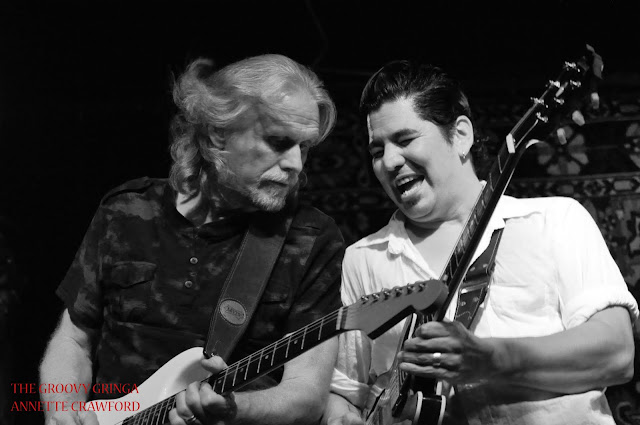 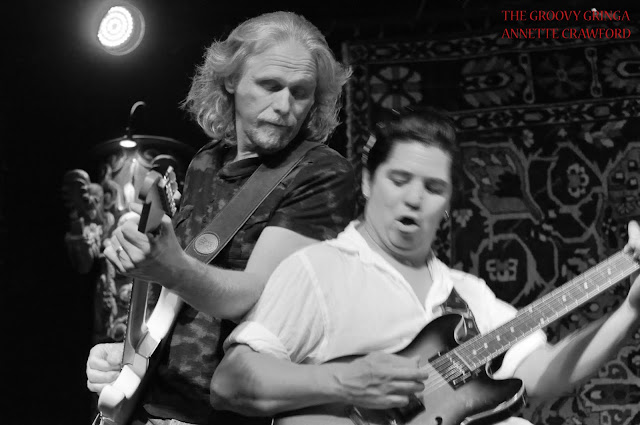 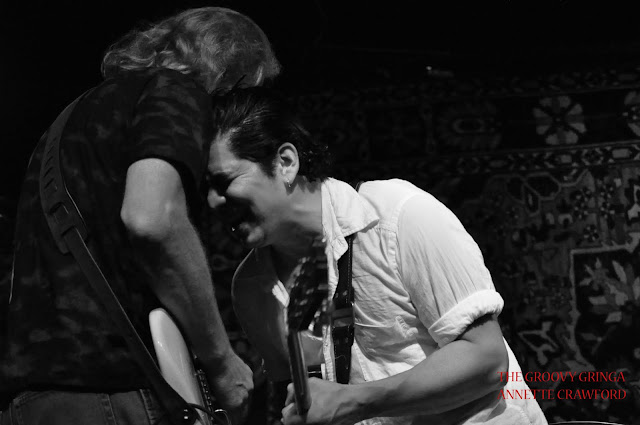