Ever since I started posting photos on Facebook of all the shows I’m lucky enough to see, I’ve been asked a lot of questions. Probably the two that I’m asked the most are:

“Do you EVER stay at home?”

“Are you a stalker?”


Welcome to my new blog, “The Groovy Gringa,” where I will attempt to answer your questions and fill you in on my music scene in the Alamo City.

I’m not here to be a music critic so my blog posts won’t be like concert reviews you’re used to reading. But like VH1, I want to take you behind the scenes and tell the story behind the music.

So in answer to the first question, yes, I do stay at home every now and then. Some weeks are a blur. There was a large chunk of my life that I was without music so I have a lot of catching up to do. Then there are those weeks where I do nothing but plop down on the couch and catch up on all the shows I’ve DVR’d.

And as far as the second question goes, no, I’m not a stalker. I’m a music aficionado. Let’s not get caught up in semantics so early in this blog, shall we? 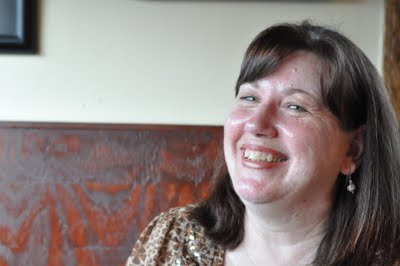 I think it’s safe to say I am done with the big arena concerts. Raise your hand if you’re tired of paying about $75 for a nosebleed seat, another $10 or more for parking, at least $30 for a t-shirt and $8 for a beer. And after you’ve shelled out all that money, you’re still rolling the dice when it comes to the kind of people you’ll be sitting next to. People like…

…the two drunken women behind us who talked during the ENTIRE Bonnie Raitt concert.

…the moron who kept yelling “Kodachrome!!” during the Art Garfunkel concert, insisting to his buddy it was Art…not his partner Paul Simon…who made it a hit.

…the numerous people who have either sang, danced, worn cowboy hats and/or stood in front of me for most of the show.

…the drunken/stoned concertgoers who have put cigarette burns in my clothes or spilled beer on me.


Any of that sound familiar to you?
So compare that to about $10 to $25 for a seat at a small club, free parking, reasonably priced merchandise and $3 beer and you’ll see why I made the switch to the small venues. Patrons are generally more considerate. If someone gets drunk and stupid the bouncer handles the situation pretty quickly. You don’t have to leave early so you can get out of the parking lot before the rush.
And the biggest bonus for me? Getting to meet each of the artists after the show.  Yes, meet them, talk with them, have my picture taken with them. So much nicer than seeing their image projected on the jumbotron.
The small club experience keeps the music real and personal, and that, my friends, is what it’s all about. See you soon.

LP said…
You said it, sister! Small venues give me the intimacy I love in live music. And there seems to be more "quality control" with the music in smaller clubs. Instead of the big name (and substituted) band with one original member who everyone clamors to see and claps like hell but will never admit they sound awful (with a few exceptions, obviously).

Music was MADE to hear live. And when a band is better live than they are on a record, strictly from the energy of live performance, you know they're the real thing.

It's been awesome seeing you at shows.