THIS DAME HAD A SWELL TIME 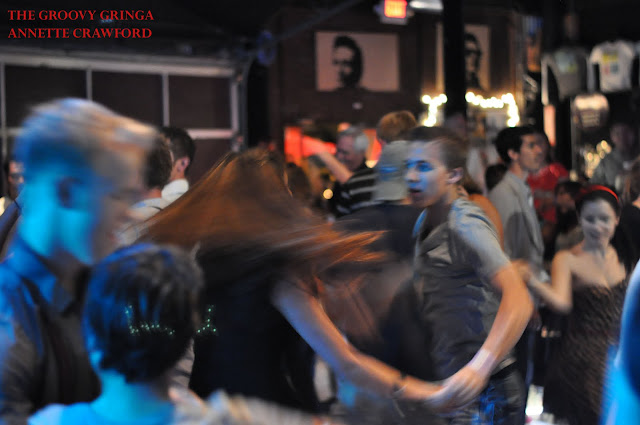 On Monday night I had access to a time machine for a few hours, thanks to the magic of The Swing Commanders and the San Antonio Swing Dance Society.


It was Swing Dance Night at Sam’s Burger Joint and Music Hall. The music, the clothes and the dances all harked back to the decade of the '40s ... when hoofers wore their best threads and had a swell time at the local gin mill.

I’ve only been to Sam’s on Monday nights twice, and while they were a good time they were nothing like this. The place was packed and the society was celebrating its 12th anniversary in style with The Swing Commanders, a three-man, three-woman group from the United Kingdom. I lost track of the number of instruments they played – bass, guitar, violin, drums, keyboards, sax, clarinet, mandolin, accordion – there was no end to their musical talent.


The evening was different from most shows I go to at Sam’s. There were people of all ages there – kids anywhere from 10 to 70 and beyond. The dance floor stayed packed during the break. At one point the group formed a large circle around the floor. One couple after another got into the middle and showed off their dancing skills. Some were good. Some were great. Some were phenomenal. 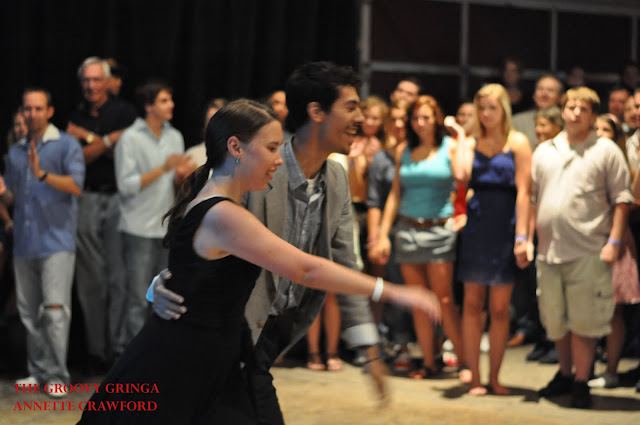 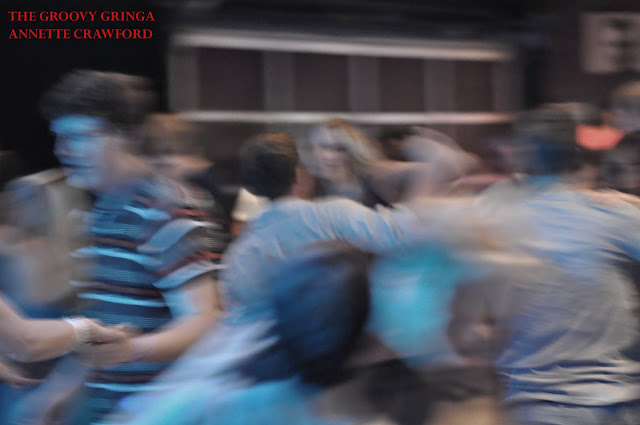 And it was these dancers that made the biggest difference for me. When I shoot a show at Sam’s (or anywhere for that matter), I only focus on the artists. I don’t care about shooting the crowd and have never even thought of taking photos of them…until Monday night. They were artists in their own right.


I was swept up into the moment, I sang along, and my right foot was tapping for all it was worth.


I think I may make Mondays at Sam’s a habit.

mikeyps17 said…
My name is Mikey Segura and I am President of the San Antonio Swing Dance Society. Thank you for joining us on the 12th Anniversary of Swing Night at Sam's Burger Joint. I know my members and associates are loving the pictures that you took. I am glad that you had a wonderful time and that you are sharing that with others. You are just the kind of person we like to have attending our functions and I hope you continue to do so. If you ever need anything or if anyone would like more information about swing dancing in San Antonio check out saswing.org or email me at president@saswing.org. Thank you again for spreading the love of swing dancing.